StoreRequest a Quote
Cart0
$0.00
View Cart
NORMAN B4
Year: 2020
Share:
The Norman B4, one of only two in Australia, was one of our most challenging resto’s in recent times. We were tasked with the job after another business had been unable to complete the rebuild so the bike came to us primarily in boxes having been disassembled by the previous workshop. This made our job a little harder in the beginning as their process was quite different to ours so we had our work cut out for us in getting the build back on track.

As with quite a few of these styles of bikes produced over time from the 1930’s to the 70’s, individual manufacturers produce their own chassis’ and used a universal Villiers power unit, which in this case is a twin cylinder, 250cc two stroke engine. To our advantage Villiers in the UK is still producing all components required to rebuild these engines. After all of the alloy components were water blasted and prepped, we began assembly with a brand new crankshaft and conrod assembly. Our traditional baked enamel process was used on the cylinders and all hardware was sent away for fresh zinc plating.
More


From there the assembly process of the engine was really quite straightforward, although very time consuming, using 50 year old workshop manuals. We then focussed on the chassis. Quite a few repairs had to be made to the 50+ year old tinware in preparation for fresh paint and powdercoat while we pulled the speedo out for repair and had them rebuilt. We entrusted Brett Picard (who is an expert in the more traditional paintwork) who referred to old images of the B4 to ensure the [paint and pin line on the bike was as close to traditional as possible. The bike still had the original seat with it but after many years was looking a little worse for wear so we had Lee Brothers re-foam and re-trim the seat, bringing it back to original condition and ensuring it was up to the same standard as the rest of the bike would be.

The customer provided us with a set of universal alloy fenders and because the Norman B4 was long out of production all of the fender brackets had to be fabricated by our workshop team. From here the remainder of this assembly went down the same path as most of our restorations – concentrating on every nut, bolt and washer being in it’s right place and form to maintain a clean and traditional finish as ultimately the end goal is always to get the motorcycle in as close condition to factory as possible.

Many thanks to Paul, Joe’s father, for his assistance in wiring and making the control cables, an integral part of the finish of the bike along with a few cherry pieces, like new badges and rubberware for the motorcycle. The end product is truly a rare and unique motorcycle which is an absolute pleasure to ride and be a part of the journey and many thanks and appreciation to Andrew and his father for entrusting us with such an important.
Less 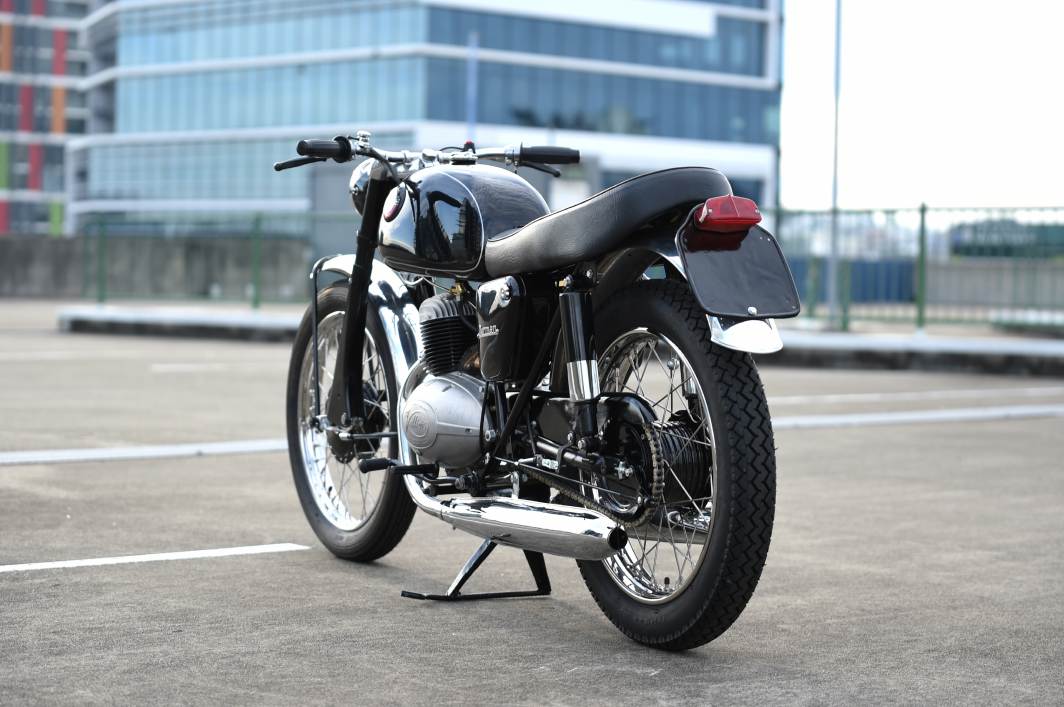 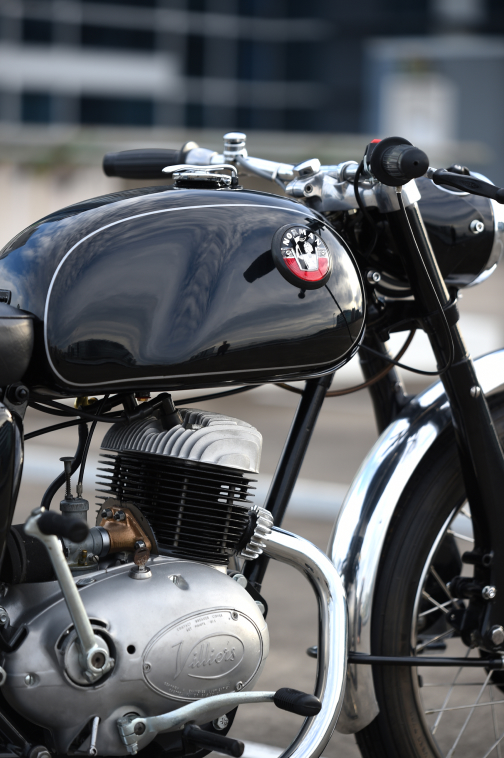 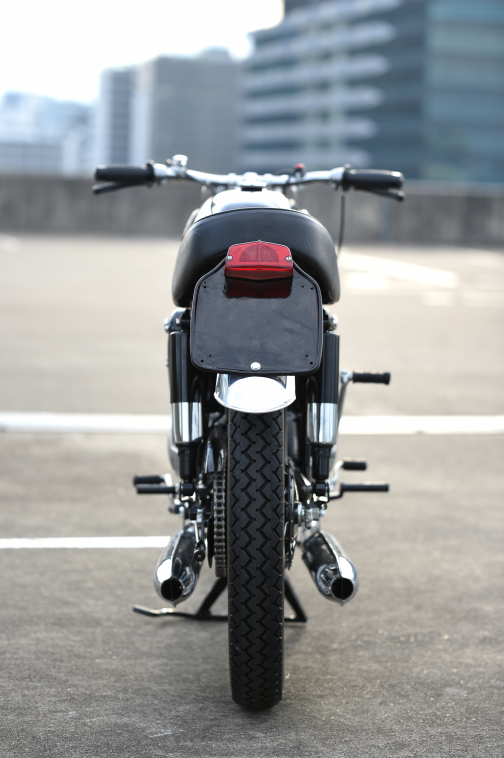 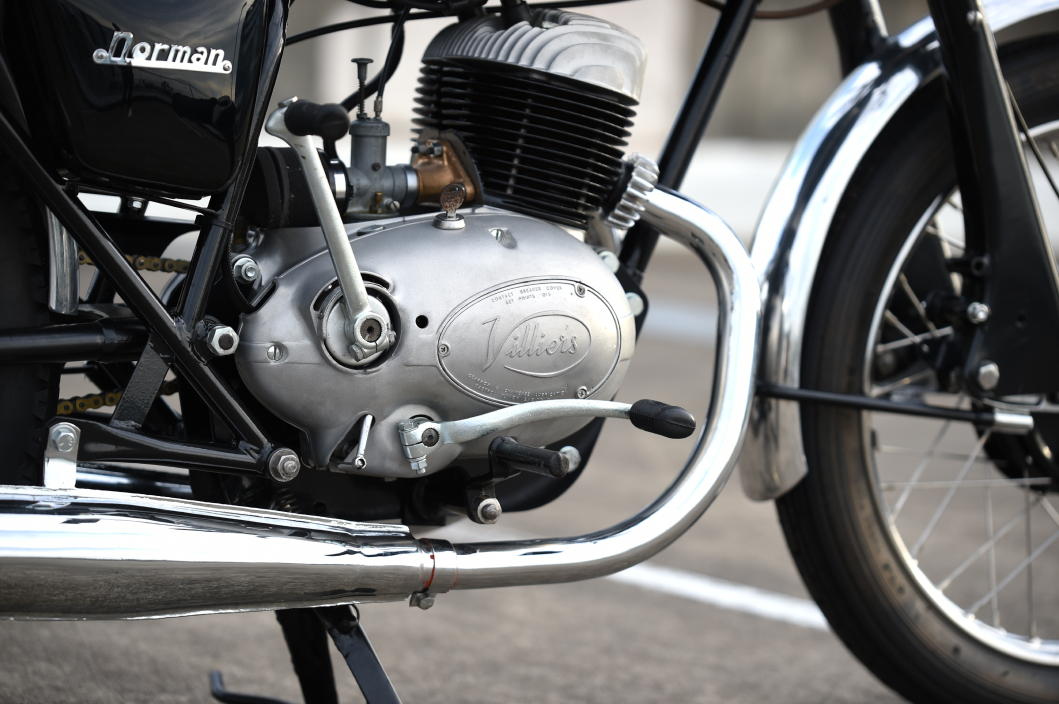